Please tell us about your background, younger ambitions, interests, education.

I grew up in Durham the youngest of three sisters.  My elder sisters were able and studious, but I didn’t like school and, before sixth form, wasn’t very motivated around my studies.  Aged 14/15 I was more interested in make-up, pop music and boys!  I hadn’t a clue what I wanted to do in the future and toyed with the idea of working in a clothes shop or studying to be a beautician.  Around the time of my GCSEs (then O levels) I had a massive wake-up call when I was beaten up by a gang of girls.  Though this was awful at the time it led me to re-assess where I was going and once I decided to stay at school in the sixth form and do A levels I never really looked back.

How did you get where you are today, successful women in business? How did you gain your skills and knowledge to do what you’re doing?

My career began as an English teacher at Queen Elizabeth Sixth Form College in Darlington. I loved my job but quickly realised I was actually quite ambitious and started to go for promotions – teaching posts with management responsibilities. I had no ties at the time and was prepared to move around the country to improve my prospects.  I ended up working in colleges in Hull, Worcester, Bristol and Wigan over the years before finally returning to my native and beloved North East.  With each promotion I learnt more about management and gradually moved further away from the classroom.  I watched other leaders and managers carefully and took advantage of training opportunities whenever I could.  Experience was probably the best teacher so although I made mistakes along the way I learnt from them – fast.  I rely on the skills and knowledge of others in my team to make the whole organization run effectively.

Have you faced challenging times in the past or any times you have failed at something?

It was difficult being an effective manager when my children were little.  There’s only fourteen months between my two boys and I didn’t have family close by so that was definitely challenging.  I worked all day, played with them as much as possible til their bedtime and then did more work in the evenings – not that there’s anything unusual about this.  Thousands of women juggle this every day.

When I became Principal of an outstanding sixth form college in Wigan in 2009 I re-located on my own and during week days my boys stayed with their Dad in the North East.  It’s a complicated story but that was without question the most challenging time of my life personal and professional life.  I had to fall back on my own resources and learnt a lot about myself.  I stuck it for four years and then came home!

Can you tell us about times that have inspired you throughout your life and where you get your inspiration and motivations from?

My greatest inspiration was my mother, without doubt.  She urged me on and wanted me to be the best I could be in everything I did.  She encouraged my confidence – often seen as a dirty word for girls growing up in the North East – and kept me on the straight and narrow when I was prone to making bad decisions, even when she made herself very unpopular by so doing.  Also, I have worked with some amazing people and especially women who have further inspired me.  When I started teaching my boss was the first female sixth form college Principal in the country.  Role models are very important.  My motivation is to do a good job and leave things in a better state than when I found them.  Also, to be truthful, kind and fair in my leadership as far as that is ever possible.

What makes you feel empowered?

Being able to shape and influence things. Having a voice and working in partnership with others who have similar values, mindset and goals.

What are your future goals?

Leaving our multi-academy trust in a strong position when I retire. Preparing for a fulfilling and exciting retirement.

If you could give one piece of advice to your 15 year old self, what would it be?

Be kind to your Mum. Don’t concern yourself about boys – that’s not important. 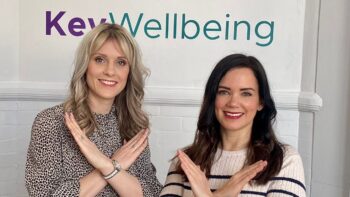 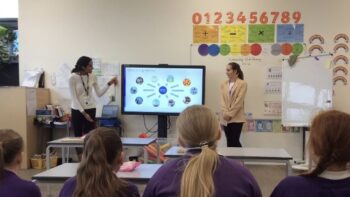 Q&A with Kirsten Donkin, Head of PR, Marketing and Communications at PD Ports.